SpokojenýPes.cz is one of the biggest Czech e-shops offering a large variety of animal supplies and accessories. Food for all kinds of pets, toys, leashes, cages and aquariums, they have it all. Most importantly, they enjoy a loyal client base worthy of reward.

To reward customers for their yearlong loyalty, but also to engage them at Christmas. Not only would such holiday inspiration cement the loyalty of the current clients; it may attract the new ones and serve as an effective brand-building tool. The only question was, how to delight and entertain the pet owners in the weeks leading up to Christmas?

Pet owners love to take and share pics of their animal comrades, so the photo contest app based on the SocialSprinters platform came as a natural choice. Expectations weren‘t exactly modest, but the projected number of participants proved to be way too low as the actual reality crushed the projection into pieces.

„We hoped to attract approximately 1000 new fans during the 2 weeks of the competition. In the end, the number of new followers went over 2000.“ -Tomáš Haškovec/marketing manager – Spokojenypes.cz

Photo contest not only attracted large number of new fans. During the competition, Spokojenypes.cz also noticed a 15% increase in orders that came directly from Facebook. All the contest participants, be it competitors or voters, were retargeted. Not to forget, the newly collected e-mail database proved to be a useful tool for the following campaign.

This is how they gained momentum: A couple of promotional posts to advertise the competition

During the contest, SpokojenyPes.cz acquired a total of 18.620 e-mails. Quite a database! And far from futile. It‘s now being utilized to retarget contestants and voters in the second wave of campaign, as shown in the example below. 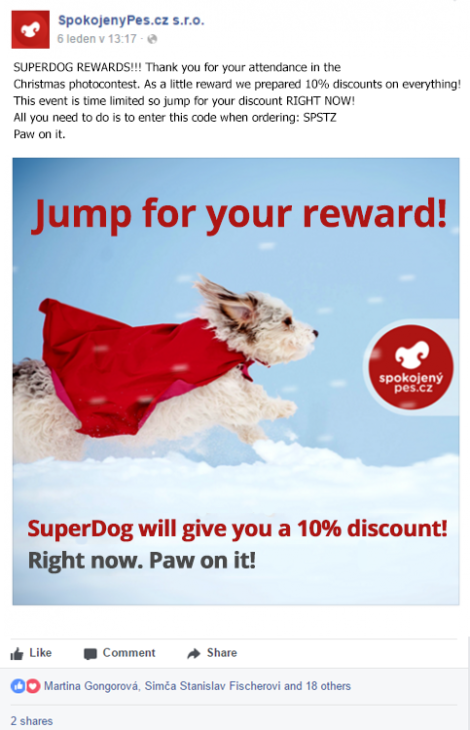 “Apps from Social Sprinters evaluate very positively. Very interesting is the price/performance ratio and speed of deployment of the application. From our side we were only required creativity and basic settings + deployment on site. For internal development of this application will take much more time and I dare saying that it was also considerably more expensive. Administration is intuitive and a common user has no problem setting up and running the application in a matter of a few tens of minutes. “ 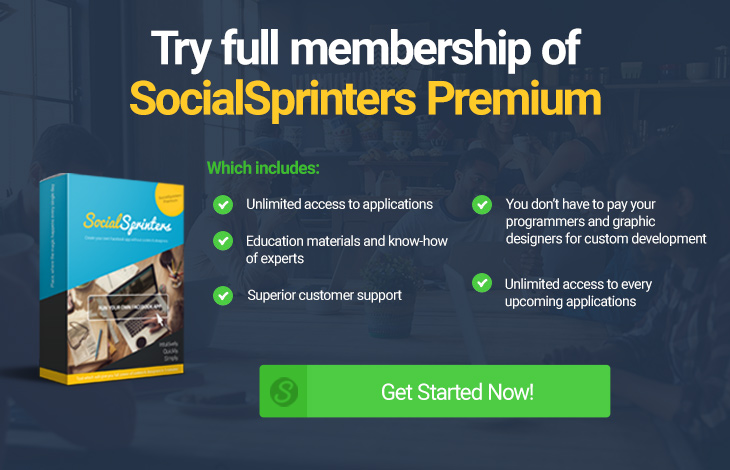